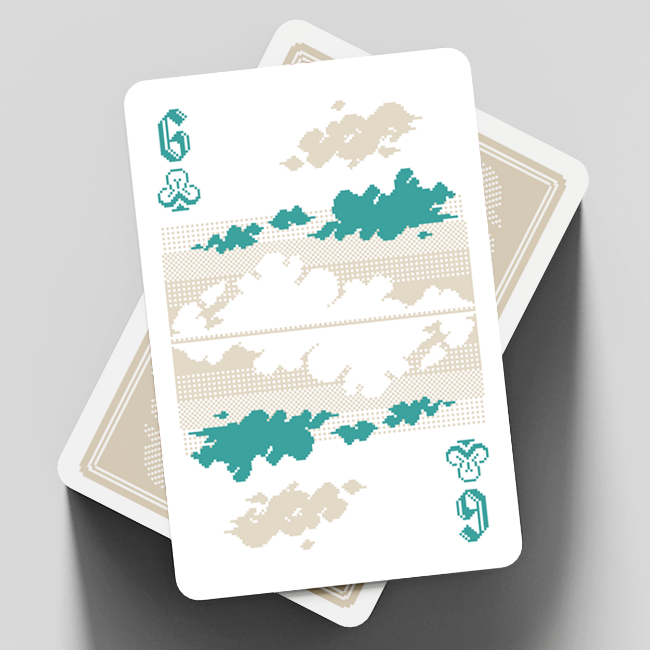 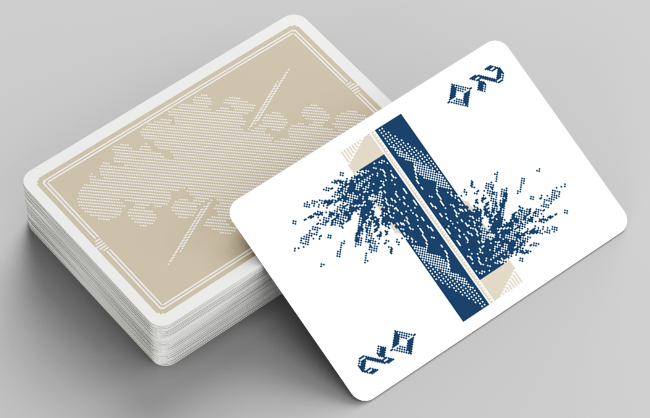 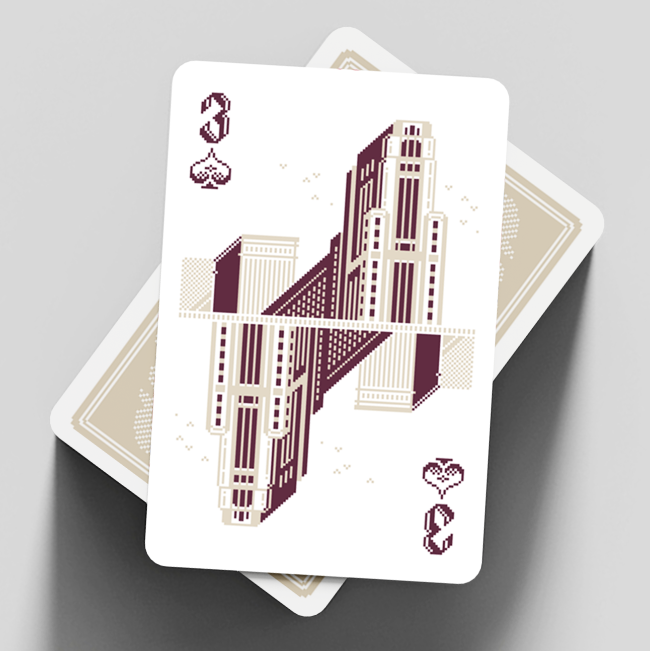 The illustrations are all based on personal experiences— places I've hiked, quiet moments I've enjoyed, and beautiful things I've seen. 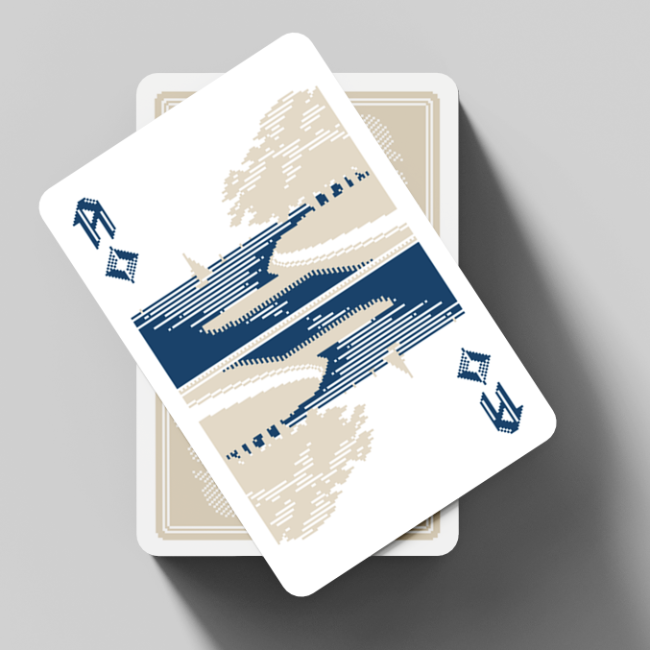 The deck's general theme is "the joys of solitude," a topic that's very important to me! 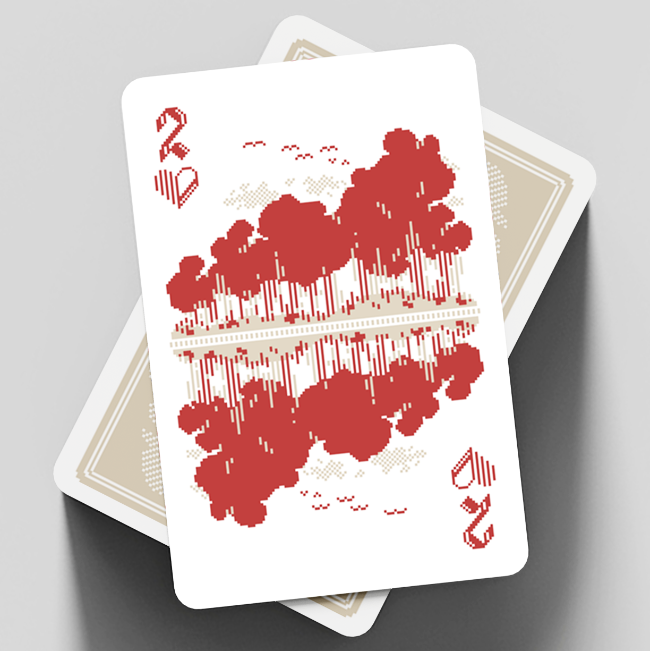 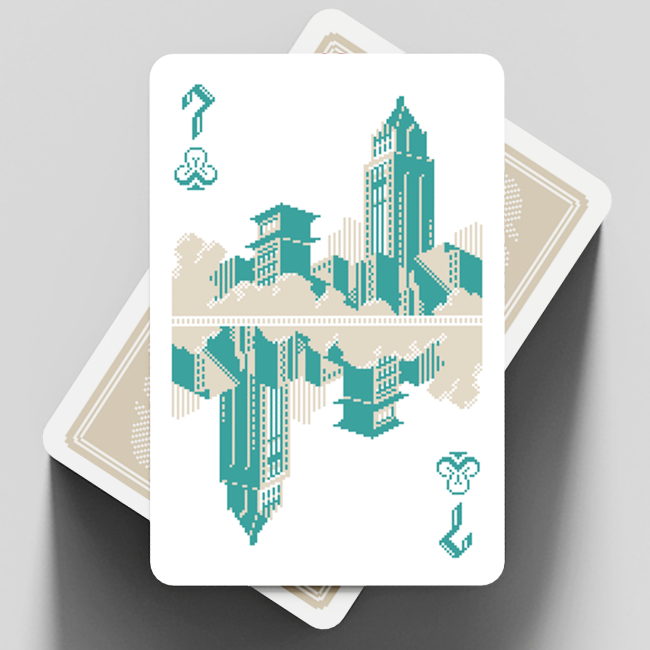 Admittedly, a lot of them are puffy clouds and Chicago architecture. Whoops. 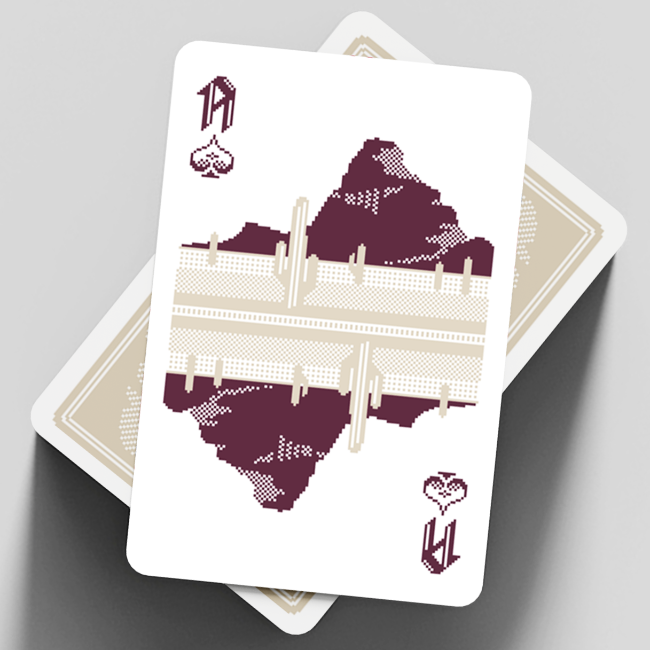 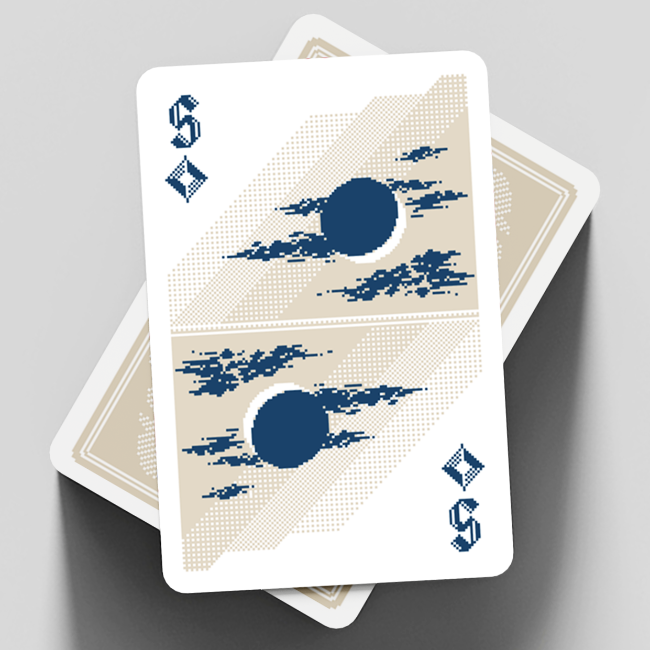 I'm adding a subtle "rotation indicator" to each card that shows which direction it's facing, which should allow for some interesting game design possibilities that typical decks don't have. The indicators aren't quite finished, so they aren't shown on the mockups on this page. 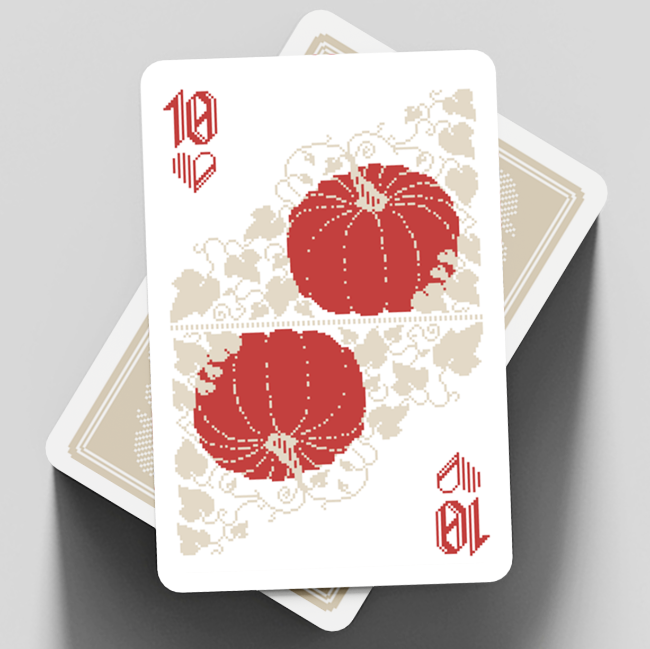 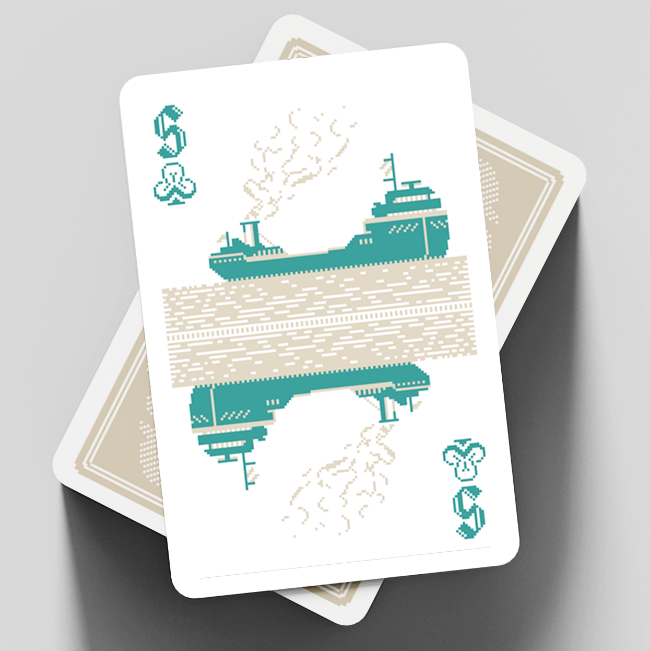 I tend to use super-saturated primary colors as a crutch, so I chose a more tertiary palette for this project. The suit colors match up with typical four-color decks! 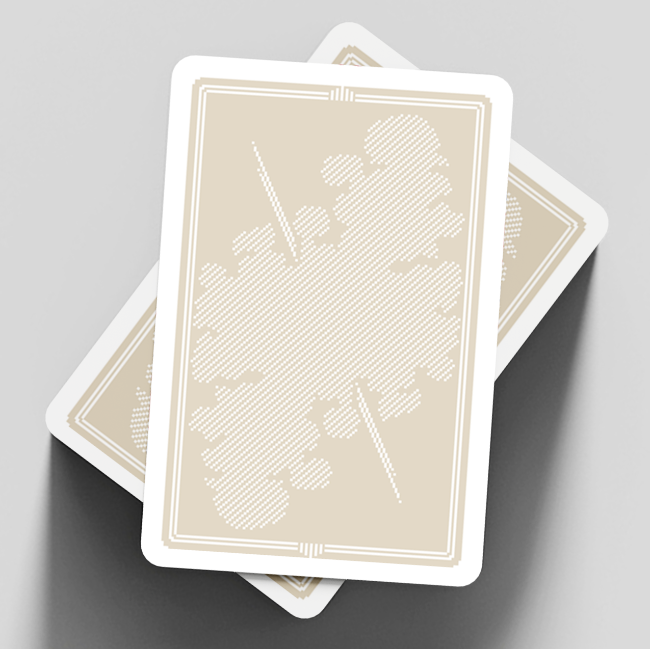 What: A 1-player card game specifically designed for my deck.

How: A digital game manual, featuring animated motion graphics to demonstrate how to play. Below is a short, rough excerpt of the video, which is still in development!

The game (which is still unnamed) involves lining up "combos" of cards with similarities (number or suit) to inflict damage to an enemy card. It's a fun challenge, with some fun layers of strategy and luck.

Each suit has a special effect, which activates when players end a combo with a specific suit. This gives the player some strategic styles to choose from— some offense-heavy, some defensive, and some that rely on luck.

The game takes advantage of the deck's custom nature, with each card having a rotational indicator, HP markings, and a distint color for each suit. It's playable with other decks, but it's a much rougher experience.

Once I've got all the designs finished, I plan on getting the deck professionally produced by a major playing card manufacturer in Hong Kong!

I'm designing the cards to their print specs, so they can be applied to that texture-coated cardstock that makes cards so slick to shuffle. Below is the exact texture of the final product, based on a demo they sent me. 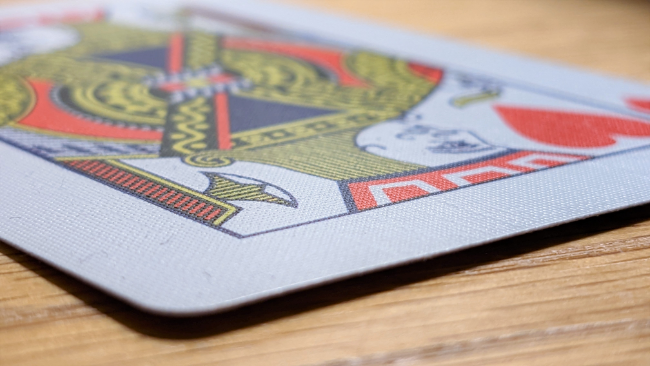 The decks will ship in a tin case, which will have custom labels. Below is a demo tin they sent me, which I've kicked around for a few months to test its durability. 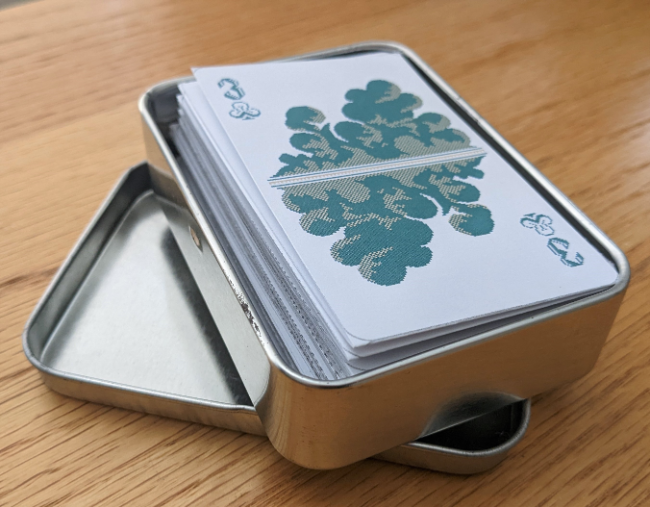 The number of decks I get manufactured depends on a crowdfunding campaign I plan to kick off in the next few months! Each backer will recieve the finished deck, on waxy textured cardstock, in a beautiful old-school tin case, shipped directly to them.

If you're interested in buying a deck, don't hesitate to reach out— I'll notify you when they're ready to order! In the meantime, stay tuned :)